The compartments on the service body of a utility truck help to keep everything organized and clean. There is a rubber seal around the doors of the compartments that keeps water from rain and snow melt from leaking onto your tool and supplies. The moisture can cause parts to rust and electrical tools to malfunction if they get wet. The oil in the rubber seals can dry out over time and rubber can become brittle. Brittle rubber seals can get cracks in them that will create openings for water to get into a compartment. Here is how you can replace the seal on a compartment door on a service body.for a utility truck.

The rubber seal will be in one piece and will go all the way around the inside of the door frame. The seam for the seal is located at the bottom of the door. Pry the seam open with a flathead screwdriver and lift one of the edges of the seal up so you can grab onto the rubber. Pull the seal off of the door.

There will usually be old rubber and adhesive that will stick to the inside of the door frame as you remove the seal. Take a plastic putty knife (a steel one will scratch the paint) and scrape off the rubber and adhesive. You may have to apply an adhesive remover to loosen the material and make it easier to remove.

Use a degreaser to clean the frame once all the rubber and adhesive is removed. Any grease or oils on the frame will interfere with the ability of the adhesive backing on the new rubber seal to stick to the metal on the door frame.

Put on a pair of non-coated plastic gloves when handling the new seal. The oils from your hands can also interfere with the adhesive on the seal.

Start installing the new seal along the bottom of the door frame. You want to set the seal strip back about a 1/8" or less from the edge of the frame. The adhesive side of the seal has a film covering it to protect the glue. Pull back on the film covering the adhesive side of the seal a couple of inches to expose the glue on one end. Place the end of the rubber seal at the center of the door frame and press down on the seal to ensure the glue sticks to the metal. Pull the film back as you apply the rest of the rubber seal to the door.

You will have to cut the rubber when you come to the corners. The seal will bunch up as you try to bend it. You need to remove the part of the rubber that is bundling up so the seal will lay flat around the corner. Use a pair of utility shears to cut a "V" shape into the seal. You want to only cut the rubber along the inside of the seal. Do not cut all the way through the seal or you'll create an opening for moisture to get into the compartment.

Wrap the seal around the entire door frame. There will be a little gap in the seam at the center of the bottom of the door frame for drainage - just in case moisture gets into the compartment while the door is open on rainy or snowy days. Contact a supplier, like Koenig Body & Equipment Inc, if you need more help. 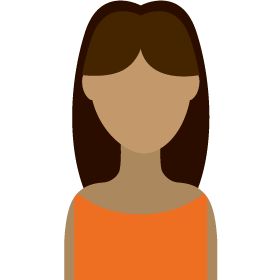 When I started working around my house and yard a little more often, it was really hard to decide how to tackle certain jobs. One day, I found myself in the middle of a complicated landscaping project, and I didn't know where to begin. After evaluating the slope of my yard, I realized that the simple shovels and hoes that I had laying around weren't going to be enough to do the job. In an attempt to make short work of the project, I decided to take my chances at the tool rental shop. I rented a backhoe and a few serious tractors, and believe it or not, I finished the entire job in a few hours. My blog talks about how to save money and time with high-end equipment.